A visit of the Uffizi Gallery is a must to be included in your staying in Florence. The precious collection of paintings, displayed in a chronological order, enjoy millions of visitors every year. It is hosted in one of the most important Renaissance buildings which develops in U shape through two elegant floors, built since 1560 by Giorgio Vasari. The official architect of the grand duke Cosimo I received the commission to built the seat of the 13 florentine magistracies controlled by the Medici. This is the meaning of the name Uffizi: offices. The painting collection, one of the most important in the world, includes paintings from the medioeval period to the XVIII century, but surely the most famous unit rapresents the Renaissance Italian paintings. Some of the masterpieces by Botticelli, Piero della Francesca, Leonardo da Vinci, Michelangelo, Titian, Raphael and Bronzino are preserved here. After the recent works of modernization of the museum, two new sections were opened.
The first one, dedicated to foreigner paintings shows masterpieces of Spanish, Flemish and French painters (Goya, Velasquez, Rubens, Rembrandt, Chardin) in new rooms with blue plaster. The second one, includes the Pompeian red room with collection of ancient roman statues and the new rooms which, in a nice display, shows paintings by Florentine masters (Bronzino, Pontormo, Rosso Fiorentino) and very famous paintings by Raphael (such as the Madonna of the goldfinch and the Portrait of the Pope Leo X). Waiting for the end of the works in progress, a large part of the first floor is reserved for interesting temporary exhibitions. Due to the large numbers of visitors, during high season, reservation is warmly recommended. 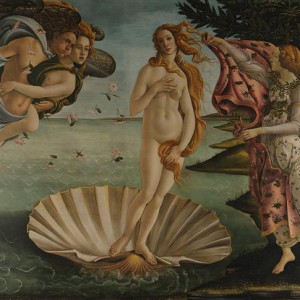 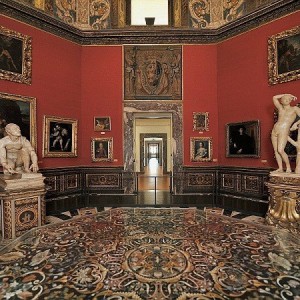 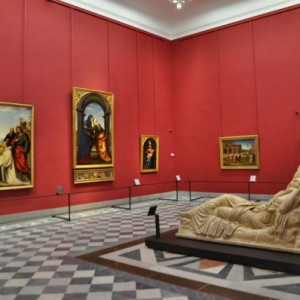