To increase your knowledge of Michelangelo' s works, I suggest this tour which joins two museums: the Academy Gallery (Galleria dell'Accademia) and the Medici Chapels (Cappelle Medicee). Two museums which are not too far each other and can be both visited in a half day tour.
The Academy Gallery is one the most famous museums in the world and one of the most attended by tourists, therefore during high season I recommend to do reservation to avoid long queues (lines). The museum houses some of the most beautiful and famous statues by Michelangelo: the astonishing David, which has become the symbol of the city and was brought inside at the end of the XIX century from the Signoria Square, the Prisoners ( or Slaves), carved in Rome for the tomb of Giulio II and brought to Florence after the artist's death and the famous Pietà  from Plaestrina (purchased by the Italian State in 1939) and recently no more considered by Michelangelo, because a careful restoration has pointed out too many incongruities: historical, iconographical and stylistic. The Museum preserves even a collection of plaster models (Gipsoteca), made by Lorenzo Bartolini in the first half of XIX century, which is considered one of the most beautiful and important in the world and which, together with the many medioeval and reinassance paintings, deserves an attentive visit. The tour goes on visiting the Medici Chapels. It is a small museum which is part of the complex of San Lorenzo and has the access right behind the homonymous church. During high season reservation is warmly recommended because of the very many groups of students visiting it.
The Medici Chapels is the place where most of the Medici were buried. The New Sacresty, the smallest building, was designed by Michelangelo in 1521 for the tombs of Lorenzo he Magnificent and his brother Giuliano and it preserves the statues called Day, Night, Dusk and Dawn, carved by the artist for the monumental graves of Lorenzo duke of Urbino and Giuliano duke of Nemours. The other building, the astonishing Princes Chapel was commissioned in 1600 by the Medici grand dukes. The inside is decorated with porphyry sarcophagus surmounted by gilded bronze statues (mostly left unfinished) and floor and walls are covered with a semi-precious stone- in lay work (commesso fiorentino), a triumph of jaspers, marble, granite, lapis lazuli and mother-of-pearl as a precious box. Really a must! 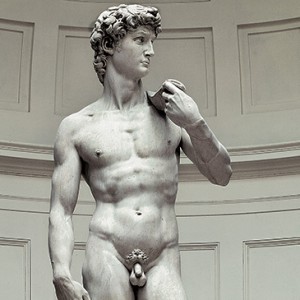 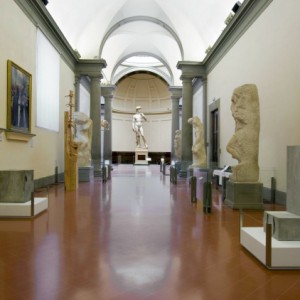 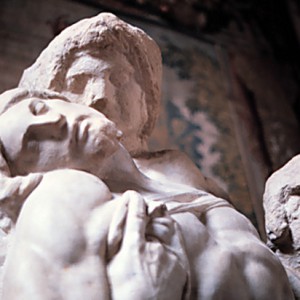