The history of the Jewish community of Florence dates back to the XIII century, but most of documents belong to the end of XV century and the XVI century, mainly when the Medici family took the power and became the grand dukes of the city. The suggested itinerary proposes to pass through streets, areas, points of the city which were very important for the life of the Jewish community, starting from piazza della Repubblica (Republic square) where the old ghetto used to be, before being destroyed when, at the end of 1800, Florence became the capital of Italy (1865-1871). In order to find palpable remains of the Florentine ghetto it is interesting visiting the ground floor of the San Marco Museum where a little section is dedicated to relieves, coat of arms, stony architraves and doorways with Jewish inscriptions which belonged to the demolished buildings. Besides Florence still preserves a monumental Jewish cemetery on the other side of the Arno river (called Oltrarno) where originally the oldest documented synagogue of Florence used to be. The Jewish tour ends in visiting the Synagogue and the Jewish Museum of Florence. The synagogue is a magnificent building designed and built by the architect Marco Treves in 1882, on an area left by David Levi. The temple is a Sephardic ritual. The inside shows a Moorish architecture with central plan and a middle dome and, on the façade, two lateral towers and little domes. The green domes of the synagogue are visible from any panoramic point of the city. On the first and second floor the small beautiful Jewish Museum develops. With its maps, photographs, ritual items, scrolls and documents the museum recreates the history of the Florentine Jewish community. 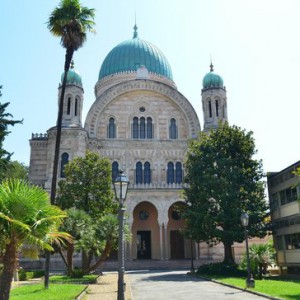 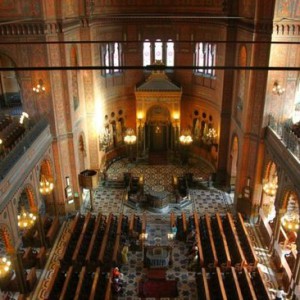 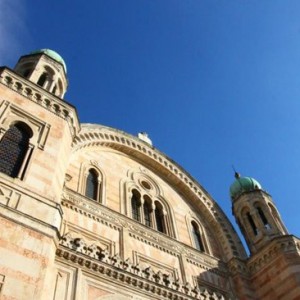 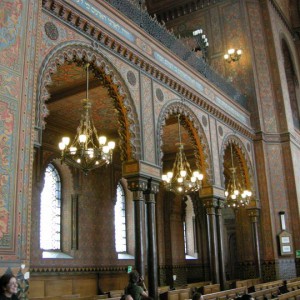